Newsletters WVEC January 21, 2021
GREEN, Volume 31 Issue 1
With the start of a new year comes the legislative session. It's hard to believe we are less than a month away with the session starting February 10. We expect things to be much different this year. Access to the Capitol building will be limited and the process for posting agendas and confirming public hearings is unclear.  More
Issues: Climate change, Health, Legislation, Water

Newsletter article OVEC December 13, 2020
A History of Resistance
The fight for justice has never been won at the ballot box alone. Resistance against the status quo is not uncommon in Appalachia; from the Mine Wars to the Red for Ed strikes, West Virginia has been center stage in pivotal regional events. Bleak and seemingly-unwinnable battles are not unique to this state or its history. Rather, they are the norm. Resistance moving forward means learning from our collective past. More
Issues: Climate change, Health, Legislation, Pollution, Social justice

Newsletter article OVEC July 30, 2020
Drinking Water Dilemma: Barging Oil and Gas Waste on the Ohio River
Three barge docks are proposed to be built along the river to transport oil and gas waste from horizontal and vertical fracking operations. The projects, if approved, could result in the first barges carrying briny fracking wastes on the Ohio River. More
Issues: Fracking, Health, Pollution, Water

Newsletters WVEC July 30, 2020
GREEN, Volume 30 Issue 13
A new threat recently emerged for communities along the Ohio River. Three barge docks are proposed to be built along the river to transport oil and gas waste from horizontal and vertical fracking operations. The projects, if approved, could result in the first barges carrying briny fracking wastes on the Ohio River. More
Issues: DEP, Health, Pollution, Water

Newsletters WVEC May 1, 2020
GREEN, Volume 30 Issue 10
Welcome to the first post-session issue of GREEN! While so much has changed since we last reached out to you, I hope that you and yours are safe and healthy. In these times it is important, now more than ever, for us all to stay connected, and we hope this newsletter helps by playing a small role. More
Issues: Appalachian Storage Hub, Clean elections, Health, Water

Newsletter article WV Rivers Coalition April 29, 2020
WVDEP Releases Revised Human Health Protections
Human health criteria determines how much of a toxin can be in our water before human health is put at risk. Strengthening criteria based on the best science available has long been a priority of WV Rivers and E-council. Did you know that West Virginia’s current human health criteria is based on data that is over 30 years old? More
Issues: Health, Legislation, Water

Newsletter article WVEC April 27, 2020
Policies to Support Communities Post-Coal and Post-COVID-19
Congress must take specific action to help coalfield communities rebound from the economic challenges that existed before COVID-19 and that continue to worsen amidst the pandemic. At the same time, actions to stimulate the economy must have the support of communities directly impacted by abandoned mine sites, including when and whether to start working in the face of COVID-19. More
Issues: Health, Legislation 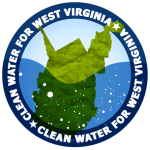 A new bill led by Delegate Hansen (D-Monongalia), called the West Virginia Clean Drinking Water Act of 2020, was introduced in the House as HB4542.

Newsletter article WVEC January 17, 2020
HB 4079 Removes Tanks from Regulations Near Drinking Water Intakes
Every year, we see rollback after rollback of regulations meant to protect our most precious resources and so it’s no surprise to see it again this year. However, frankly, even the most cynical lobbyists and legislators were shocked to see how brazen HB 4079 is. More
Issues: Aboveground tanks, Health, Legislation, Pollution

Newsletter article WVEC February 9, 2019
Senate Votes on Water Bill – No Updated Health Protections
The West Virginia Senate voted Thursday to pass the water quality standards rule (SB 163) without updated protections for drinking water. The 20-12 vote advances the rule to the House. Read this article by the Charleston Gazette-Mail to learn more about the bill and its controversial passage through Senate Judiciary. More
Issues: Health, Pollution, Water