As we told you last week, the Senate Judiciary Committee’s committee substitute for S.B. 423, “Amending the Aboveground Storage Tank Act” passed the Senate on Sunday with only one dissenting vote.

Shortly thereafter, we began to hear that some senators were under the impression that all parties to the “stakeholder” negotiations, including our contingent, had agreed to the committee substitute.

In fact, our contingent had not agreed.  We’ve now straightened out the misconception, but there’s no way to know whether this would have made a difference for some of the 30 senators who voted to pass the bill.

On Friday morning there was a public hearing on the bill in the House chamber; we’ve included Ken Ward’s account of the public hearing in this newsletter.

How you can help:  The House Judiciary Committee is expected to take up the bill, which substantially rolls back the water protections gained in last year’s S.B. 373, on either Sunday or Monday.  Please contact members and tell them to please vote against the bill, or if not, to amend it so that water is adequately protected.  Talking points for the latter are in Wednesday’s action alert here. 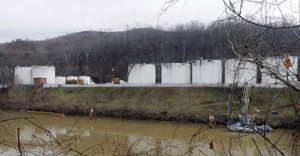