Before Friday’s hearing, attempts were made to “encourage” our side to cancel it. We don’t know who all the players are, but if I have learned nothing else in the past 25 years, its this: if opponents of a strong SB373 didn’t fear us, they wouldn’t try to stop us.

The previous week,  SB27 died in Senate Judiciary.  That’s the bill that would have brought trainloads of East Coast trash to the McDowell County landfill. Apparently, Senate leadership was surprised that an apparent simple local option bill didn’t sail right through the process.  Expect the proponents of trashing McDowell to try again next year.

During the last week of the session all sorts of strange things can happen.  Everyone is exhausted, people make last ditch attempts to get their way, and mistakes will happen.  Sometimes miracles do as well. 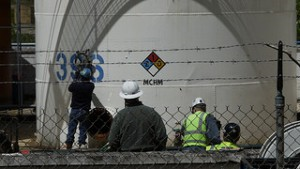