Karan Ireland is the new Sierra Club Senior Campaign Representative for Central Appalachia. In this capacity, she will be working on the Beyond Coal and Beyond Dirty Fuels campaigns, as well as working to further a plan for economic diversification and a just transition to a sustainable future.

Karan has been working as an environmental advocate since 2014, when she and 300,000 of her neighbors lost access to their tap water for several weeks. She and many others were sickened by the water, which had been contaminated by the coal-cleaning chemical, crude-MCHM. The chemical was stored and sold by Freedom Industries on the banks of the Elk River, a half mile from the area’s sole drinking water intake.

Her anger at this event, and her late realization that fellow West Virginians in the coalfields had struggled to gain access to clean water for decades, led her to this work. She became one of the first citizen leaders organizing in response to the chemical leak and went on to advocate for sound environmental and energy policy as the Program Director for West Virginia Solar United Neighbors (SUN), where she helped expand access to distributed solar energy across the state. She stayed with SUN to become the lead representative of the West Virginians for Energy Freedom campaign to oppose the transfer of the Pleasants Power Station into WV’s regulated utility market. For the past three years she has served as the government affairs director (lobbyist) for the West Virginia Environmental Council.

In 2015, hoping to push municipal governments to move toward a sustainable future, Karan ran for office and was elected as an at-large City Councilor in Charleston, where she chaired the Environment and Recycling committee.

Karan lives in Charleston with her husband, photographer Roger May, one of their four children (the other three having flown the coop) and two cats. She has a contract with Ohio University Press for a book about the Elk River chemical leak and intends to fulfill it, if only because she has already spent the $500 advance! 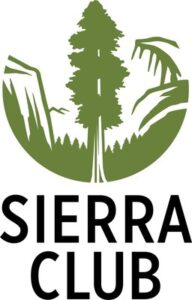 Thinking about the Economics of Petrochemicals

Webinar Announcement – “Who Speaks for the Trees?”