A country club luncheon. A $130 steak dinner. A whiskey tasting. Dinner at an historic neo-Georgian mansion.

These are just a few examples of the many occasions last year when oil and gas lobbyists wined and dined West Virginia state lawmakers on key committees that craft fossil fuel legislation. Lobbyists representing industry players including natural gas giant EQT, Antero Resources, TransCanada, and multiple oil and gas trade associations wooed state lawmakers with thousands of dollars’ worth of food and drink throughout 2017, according to lobbying records obtained by DeSmog.

In early 2018, just months after some of these fancy gatherings took place, most oil and gas companies got something they wanted: A “co-tenancy” bill, HB 4268, that allows these companies to drill for natural gas on private land with the consent of only 75 percent of the landowners. The powerful fossil fuel industry in the state often secures favorable treatment from politicians of both parties whom they lobby — and to whom their corporate political action committees donate.

In a February 9 public hearing held by the House Judiciary Committee on the hydraulic fracturing (“fracking”) bill, West Virginia resident and first-time House of Delegates* candidate Lissa Lucas began to list campaign donations that committee members had received from fossil fuel interests. Her recitation didn’t last long, as Chairman John Shott had her removed, alleging these publicly available statistics were “personal.” A video of these events went viral online. 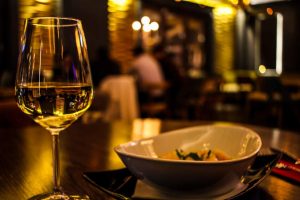 E Day Is This Tuesday

E-day Info
Frontier Theme
Send this to a friend