In a dramatic turn of events, SB 600 which would have allowed discounted utility rates for large industrial energy users, but would have raised residential rates, was defeated on the Senate floor on crossover. The final tie roll call can be seen here.

We spent much of Wednesday morning talking to Senators to express our frustration with this bill. From an environmental standpoint, we know that rates have gone up sometimes as a result of bailouts for expensive, inefficient coal fired power plants, so trying to solve that problem by shifting around discounts and costs among consumers doesn’t make sense. We think looking at the way ratemaking happens at the Public Service Commission makes more sense.

Also, this bill was drafted without the input of the Consumer Advocate who would have been able to point out how residential ratepayers stood to lose. No consumer group was part of the stakeholder meetings until after the bill was moving quickly and, unfortunately for proponents of the bill, it was too late to work with them successfully.

Our work in the halls would not have meant much without the public opposition to this bill. Thanks to all of you and the members of Energy Efficient WV; the WV Citizen Action Group,; and West Virginians for Energy Freedom for your many calls and emails to your legislators opposing this bill! You did it!

Lastly, I’d like to give a special shoutout to Phyllis Lowe who spent the day lobbying against this bill with a sign that depicted the “AEP Money Tree.” 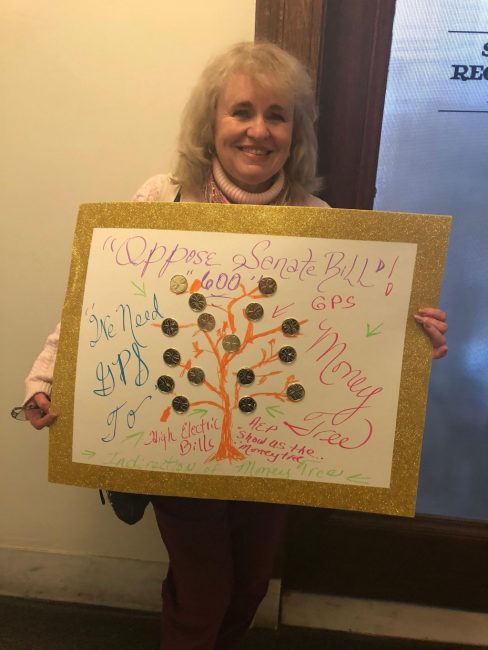 E Day Is This Tuesday