Newsletter article  January 28, 2022
An Update from WVDEP on Ethylene Oxide
The West Virginia Department of Environmental Protection (WVDEP) is providing the below updates on its actions to address Ethylene Oxide (EtO) in the Kanawha Valley. This information, as well as previous steps taken by the WVDEP, can be found on the agency's EtO web page. More
Issues: Health, Pollution

Legislative Updates WVEC January 28, 2022
GREEN, Volume 32 Issue 3
It was a wild week at the West Virginia Legislature! Several of the bills we’re following hit Committee agendas and were voted on this week. We have compiled a list of bills along with short summaries for each one and you can check out our report under the Legislative Update article.  More
Issues: Legislation, Nuclear energy, Pollution

Action Alerts WV Rivers Coalition December 3, 2021
Legislative Committee to Consider Water Quality Standards on Wednesday, Dec. 8
In our October e-newsletter, we shared information on the upcoming legislative session and highlighted one of our top legislative priorities – revisions to water quality standards. Now, we have our first call to action related to the revisions! More
Issues: Health, Legislation, Pollution, Water

Newsletter article WVEC October 15, 2021
Ethylene Oxide: What’s Happened and What’s Next
If you aren't familiar with this issue, according to an air toxins report released by the EPA (NATA), 6 of the 90 census tracts for the highest cancer risks were in the Kanawha Valley. Two plants, located in South Charleston and in Institute, are the big emitters that have contributed to ranking Kanawha County 10th for highest cancer risks in the United States.  More
Issues: Health, Pollution

Newsletters WVEC October 15, 2021
GREEN, Volume 31 Issue 13
Happy fall! We want to extend a huge thank you to everyone who joined in on our annual meeting last Thursday. It was great to see everyone and we are looking forward to the next time we can see you all in person. Thank you to everyone who has donated. More
Issues: Climate change, Event, Pollution

Action Alerts WVEC September 20, 2021
Learn More about Your Exposure to Dangerous Chemicals: EPA Virtual Public Hearing on Ethylene Oxide Emissions This Thursday
Tune in this Thursday, September 23, from 6 to 8 p.m. when the US Environmental Protection Agency (EPA) and the WV Department of Environmental Protection (DEP) will provide information and answer questions about ethylene oxide (EtO) air emissions in the Kanawha Valley coming from chemical plants located in Institute and South Charleston. More
Issues: EPA, Pollution 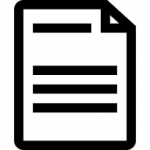 Public Hearing on Experimental Underground Mine on Aug. 5

Our friends in Pocahontas and Randolph Counties are organizing to protect their water from a proposed experimental mine. You can support residents through their current action alert.

Action Alerts WVEC July 19, 2021
URGENT: WV Water Protections Under Revision – Act by 6PM July 19
A recent a policy decision by the WVDEP related to water quality standards creates a loophole to allow industries to dump more toxins in our source water. This proposal is part of a second round of human health criteria revisions – the portion of our water quality standards that protects our health from dangerous pollutants like cancer causing toxins, chemicals known to cause birth-defects, and poisons like cyanide. Submit comments on the proposal today! More
Issues: DEP, Pollution, Water

Newsletter article OVEC June 11, 2021
Chemical Plants and Protecting Your Community: Speak Up to EPA
The EPA wants to hear from you as it revises the Clean Air Act’s Risk Management Program (RMP) rule. This rule is supposed to help community members and first responders understand and be better prepared to reduce risks from nearby chemical plants. More
Issues: Health, Pollution

Newsletters WVEC June 11, 2021
GREEN, Volume 31 Issue 11
Now that the Legislative Session is behind us we have returned to a bi-monthly newsletter. We hope that you will sign up for alerts and newsletters from our member groups to help you stay informed. There is no shortage of events and actions to take to help protect our environment! More
Issues: Climate change, Democracy, Pollution, Water

Action Alerts WV Rivers Coalition April 6, 2021
Countdown to End of 2021 Legislative Session: Tank Deregulation Bill an Impending Threat
We're in the final days of the 2021 Legislative Session and HB 2598 still threatens our waters as it is on the continues to pose a threat as it is on the Senate Judiciary Committee’s agenda today (4/6). Contact members of the Senate Judiciary Committee today, before they vote on the bill. More
Issues: Aboveground tanks, Pollution, Water

Newsletter article WVEC April 2, 2021
Facts Behind HB 2598 and Number of Exempt Tanks by Affected County
Please call your Senate Judiciary Committee members on Monday and encourage them to vote NO on HB 2598. Read below for talking points and a list of oil and gas tanks by West Virginia county that would be exempted. More
Issues: Aboveground tanks, Pollution, Water

Newsletter article WVEC March 20, 2021
Legislative Update
The environmental bills we are watching had little activity this week. The Water Quality Standards Rule, HB 2382, was quickly thrown onto the Senate Judiciary Committee agenda for Tuesday earlier this week, but was pulled off the agenda due to time constraints. This bill is now on the Judiciary Committee agenda for Monday, March 22 at 3 pm. More
Issues: Aboveground tanks, Pollution, Water

Newsletter article WVEC March 12, 2021
Member Spotlight: Ohio Valley Environmental Coalition
What we would do without our partners at the Ohio Valley Environmental Coalition (OVEC)? OVEC formed in 1987 to stop a toxic waste dump/incinerator proposed for a low-income community near Huntington, WV - the first of many victories to come.  More
Issues: Fracking, Mountaintop removal, Pollution
Previous  Next