Last year, lobbyists and their political agents tried to rebrand forced pooling as “co-tenancy” and “lease integration” in an attempt to pull one over on West Virginia voters. On behalf of out-of state gas companies and their lobbyists, they’re back it with HB 4268.

At its core, forced pooling is legalized corporate theft from tax-paying property owners, and despite the repeated corporate push from bought politicians, it has been defeated repeatedly.

But let’s be clear; corporate interests invest heavily in supporting this type of legislation.

Be aware that this bill is being hidden under the name co-tenancy, but it’s just a lite version of forced pooling; they’ve simply changed the size of the “pool” from a unit to a tract. West Virginians need to know that forced pooling is theft.

On Thursday this week, Delegate Anderson, chair of the House Energy committee agreed to hold the bill over until next Tuesday. Take two minutes and let members of the House Energy Committee know you oppose HB 4268, or the co-tenancy bill. Ask them to vote it down in committee.

Update: Here is contact information for the House Energy Committee, including an easy to use copy-and-paste email address list. 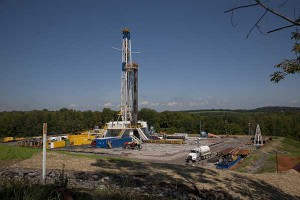 Co-tenancy Bill Held Over in Committee

Citizen Lobbyist Make a Rukus and Throw a Fit!