This week, WV Rivers executive director, Angie Rosser, was a guest on the WV Public Broadcasting program The Legislature Today. She discussed the cumulative impacts oil & gas development is having on our environment and the dangers of HB4079, the bill that would exempt oil & gas storage tanks closest to drinking water intakes from the Aboveground Storage Tank Act (ASTA). Watch her interview here.

Right now, there are about 620 oil & gas storage tanks within zones of critical concern (ZCCs), or the areas directly upstream from public drinking water intakes that would be exempted by HB4079. Of those 620 storage tanks, 153 are deemed “Not Fit for Service”, meaning the tanks have not met basic standards and pose a very serious risk to drinking water supplies. HB4079 would deregulate these tanks, putting our drinking water at a greater risk for contamination.

So far, the legislature has heard loud and clear that West Virginians oppose this bill! Nearly 900 people have sent members of the House Energy Committee messages opposing HB4079! If you haven’t already contacted the Committee you can send them a message here. 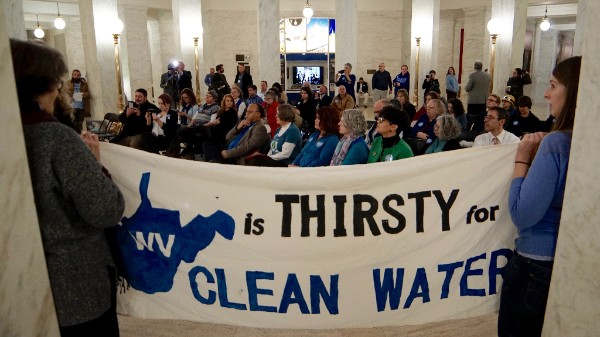