I had dinner last night with friends in Lexington and the subject of our respective state legislative bodies came up. Kentucky State Senator Brandon Smith has just introduced a bill in the Kentucky Senate that would end the requirement that mine foremen annually take six hours of training provided by the Kentucky Division of Mine Safety. The alternative is to allow the company to offer training which would be cheaper for the industry. Senator Smith acknowledged that he submitted the bill at the request of the Kentucky Coal Association.

That brought to my mind the attempts made by the WV Legislature to “help out” the industry including the recently passed cut of the “excess” severance tax on the industry. This tax cut, in the midst of a budget deficit, is also framed as helping the coal industry in a time of extreme crisis.

But who are these state lawmakers helping here? Are they really trying to help coal miners who are being laid off? Or are they making sure that coal companies are able to be profitable while ignoring the need to diversify our economy?

This was also brought to the forefront by an article in the Wall Street Journal yesterday, co-authored by Jason Huffman the WV Chair of Americans for Prosperity. In the article linked here, Mr. Huffman claims that “right to work” laws are the way to revitalize the failing coal industry in both Kentucky and West Virginia.  Nothing could be further from the truth.

All of this is simply an attempt to grasp onto the power that the fossil fuel industry has had for decades. Coal mining, while providing a decreasing number of jobs, has destroyed the potential economy associated with having a clean environment in which to live. Now they are trying to hurt us further by reducing water quality standards, attacking worker safety standards, lowering wages, worsening our budget crisis and weakening unions who are fighting for coal miner pensions and healthcare. All of this will further cripple the economy and environment in communities throughout West Virginia.

Instead, what our state and federal representatives need to focus on are programs that will retrain workers to transition to new opportunities in clean energy, shore up the pension and healthcare benefits that miners deserve, and clean up the toxic legacy left behind my abandoned mines. One such program is the recently-introduced legislation led by Hal Rogers of Kentucky and Evan Jenkins of West Virginia which goes by the name RECLAIM. That bill would advance 1 billion dollars of abandoned mine lands funds over a five-year period that will put people to work and clean up toxic sites. When I see more of our state and federal lawmakers co-sponsoring that piece of legislation, then I’ll know that they are trying to help the people of Appalachia instead of shoring up profits of an industry that got us in this shape in the first place. Perhaps even the group Americans for Prosperity might support that?! 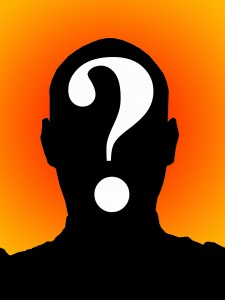 Who are they helping?

Not one, not two–THREE bits of good news!

Now the bits of not-so-good news