Today I am feeling pensive, which is not normal for me.

Early this afternoon, Ray and I attended the funeral of an old friend who had been ill for several years. She was neither an environmentalist, nor a feminist as those terms are generally used. Instead, she was a schoolteacher, specifically a reading specialist in eastern Kanawha County. The old school kind, fiercely devoted to her students and quick to   defend them from outsiders who would see these children as backward or not worth the effort to educate. Since she also came from an eastern Kanawha County background, she knew better.

We met her during the Kanawha County textbook wars of the early 70s, and she told stories of exactly what was happening in the hollers where her students lived. It was a revelation to me as a native, urbanized Midwesterner to hear the stories. And Ray, whose Kanawha Valley roots extend back to the Revolutionary war era, would nod in sad agreement. He could believe the stories.

I mention this because I learned an important lesson, one that perhaps we all need to be reminded of. Before you can solve a problem or address a fear, you need to understand it. And that means you have to listen to the people living with the problem or fear. And it means that those living with the problem or fear need to be able to tell it to others. We know what happens when people feel threatened by change they are not creating for themselves. When life is going badly and someone you trust blames outsiders, you are not likely to be accepting of other influences.

So this week, I am asking all my readers to talk with someone you don’t agree with about an environmental issue dear to your heart. Listen, in turn, to them. I am not some starry eyed idealist, but a veteran of many policy fights going back many decades. Talking and listening with respect, even in our poisoned political climate is possible. Actually, I would say, it is necessary if we are to make progress in our struggle for a better West Virginia.

And if you can’t bring yourself to talk to your legislator, that’s ok. You can talk to him or her via your vote in November. 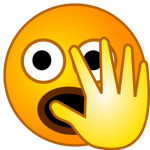