Baseball teaches both players and fans that failure is not only an option, it’s part of the game. A team that wins 60% of its games is rare. And if like my beloved St. Louis Cardinals, it can do so frequently, it is regarded with awe. Even the best players recognize that they will leave home plate without a hit most of the time. So while I responded to this session’s debacle with inappropriate language, anger and occasional despair, as a faithful baseball fan, I understand. In contrast, football expects near perfect seasons from its best teams, even amongst middle school leagues, and that distorts reality. But that sense that domination is good is widespread.

I don’t expect to win most of the time at the legislature. Our agenda is opposed by well heeled full time year round organizations who employ squadrons of talented people in the pursuit of their agendas. These proponents of weak regulation who have been in control of West Virginia’s economy are emboldened by legislative leadership changes. Elections have consequences.

This was supposed to be a legislative session that moved West Virginia’s economy forward. Remove the straitjacket of stifling regulations. You know, save the industries that made West Virginia prosperous. So the old industries won at the legislature, not the future. Because, it just wouldn’t be right to open West Virginia to 21st century concepts. The future is scary to those who have prospered in the past.

I am sure that I am not telling readers anything they don’t know, but it needs to be reiterated. Our cause is West Virginia’s future.

Besides, there is next season, er, year. To continue the baseball analogy, if we workout in the weight room, maybe play in a league with a different season, scout for new talent and restudy the game films, next year will be different. But next season starts now. 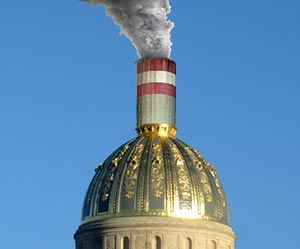