The 2015 Legislative Session ended late Saturday night with several major bills getting killed in the final hours. The majority of the bills that died in the final hours were bad bills as the climate this session was not very conducive to even getting good bills on the agenda. There were a few major bills that consumed the majority of the lobby team’s time this session being the Coal Jobs and Safety Act, Category A Protections for the Kanawha River, HB 2004 the Anti-Clean Power Plan bill, and SB423 the roll back of the tank bill. Of these bills Category A protections for the Kanawha River and the WVDHHR Source Water Protection Planning Rules were of the few bills we could actually encourage a yes vote on.

On Marsh, 7th we wrote about HB2675 that would give a tax cut to coal and gas while keeping the everyday West Virginian’s taxes the same. Thanks to the opposition of house and senate democrats this bill died in senate finance in the last week of the session. This was a major component of the West Virginia Coal Association’s 2015 legislative program.

The West Virginia Department of Health and Human Resources rules to implement major source water protection planning provisions of S.B. 373 pass last year after the MCHM chemical disaster sailed through the house and senate. The Source Water Protection Planning process that is currently underway for all water systems in the state is a golden opportunity for communities to organize, become involved in the process, and get the most protective and effective source water protection plans possible to eliminate risks to water supplies.

What happened with the rollback of major provisions of the tank bill is a travesty and shows us that we have work to do electing leaders will defend our water get money out of politics. Despite the disappointing rollback and weakening of storage tank regulations it’s important for us to channel that power and frustration into the Source Water Protection Planning Process. It is that process where community involvement is required and the sky is the limit for how far a community can go to make the water coming of the tap cleaner and safer.

A highly dramatic bill, HB2688, making it to the final hours was rejected at 10:52pm on March, 14th. HB2688, known as the forced pooling bill, “Providing for the unitization of interests in drilling units in connection with all horizontal oil or gas wells”, was fought successfully by senate and house democrats with the help of many republicans on the grounds of imminent domain abuse and property rights. Passionate floor speeches occurred on several different occasions in the house and senate throughout the final week of the 2015 session from delegates and senators asserting their fundamental rejection of the idea anyone’s property can be taken for private use. 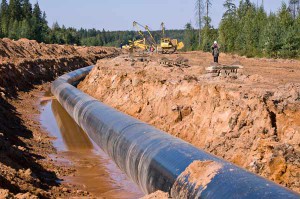