Last week we drew your attention to H.B. 4002, which inserted a five-year “sunset” provision for all rules promulgated by state agencies.

But before we go any further, it would probably be a good idea to make sure everyone has a basic idea of the relationship between statutes and rules.

Legislative bodies pass statutes that provide broad authority for government actions.  They also specify which government agency (such as the DEP, DHHR, etc.) is to enforce the action, and if necessary they could create a new agency.  The agency then develops “rules” that spell out specifically how the law is to be enforced.  Those “rules” are then in turn approved by the legislative body, and West Virginia is one of a very few states in which the Legislature actually has the option of changing the rules as they move through the legislative process.  (Generally, btw, this is bad, because it subjects the rulemaking process to influence from “special interests,” e.g.  industries who consider themselves to be negatively impacted by a proposed rule.)  In most states, and in the U.S. Congress, the legislative body is allowed only to vote the rules up or down.

So bear in mind that, if legislators don’t like a particular rule, they already have a process for changing it: pass a bill.

Now back to H.B. 4002. The House Judiciary Committee developed a committee substitute that applies the sunset provision to only those rules that are promulgated or modified after April 1, 2016. So that’s a little better.

On Monday morning a public hearing was held at which three people spoke in opposition to the bill. Only Chris Hamilton of the Coal Association and Manufacturers’ Association spoke in favor.

No doubt there are some agency rules on the books that are unnecessary, but there are multiple reasons why this is probably not the best way to deal with that problem. One is that it will be necessary for agency personnel and legislators to spend their time re-promulgating rules that were fine just as they were. Your tax dollars pay these folks’ salaries; is this how you want them to spend their time?

Another potential problem is that some important rules could fall through the cracks: think water quality and mine safety for beginners. And there are some rules whose expiration could result in loss of federal funding.

The bill passed second reading (amendment stage) on Thursday, after the regrettable failure of an amendment by Delegate Fleischauer providing that “Failure of the Legislature to pass legislation that either reauthorizes or disapproves a rule by the date of its sunset, the rule is deemed reauthorized for another five year period without further legislative action . . .”

The bill is on third reading (passage) on Monday, and then it heads to the Senate. 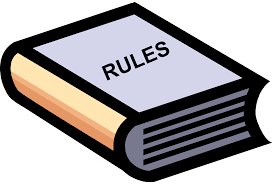 Rules Riding into the Sunset

E-Day at the Capitol