Bills on the move:

Last Action: Passed the House and referred to Senate Energy, Industry and Mining on 2/16/22

Summary: Thanks to the 22 delegates who voted against this year’s tank bill in the House – a vote to protect our drinking water. The bill has been referred to the Senate Energy, Industry, and Mining Committee. Please contact your Senators and urge them to reject this year’s awful bill brought back every year by industry.. We oppose this bill.

For more information, check out this fact sheet from WV Rivers Coalition.

Last Action: On third reading in the Senate Monday, Feb. 21

Summary: This bill establishes an annual oversight fee of $100 for wells producing more than 10,000 cubic feet of gas per day to increase the current number of 9 inspectors within the WVDEP’s Office of Oil and Gas (OOG) back to 20 inspectors. This bill states that it will “adequately fund the Office of Oil and Gas” but each inspector will likely still have 3,000-4,000 wells to oversee, which is still a large amount to regulate per inspector. We would like to see higher permit fees or monies allocated to fund even more inspectors and bring that number of wells down to a more reasonable amount, but we still commend the efforts to bring more funding to the OOG. We support this bill.

This bill was placed on the agenda in conjunction with SB 613, which would have  dedicated 1.5% of the oil and gas severance tax to the OOG, approximately an average of $3 million annually, though it can fluctuate dramatically. However, this approach requires redirecting existing revenue meeting other needs of the state to OOG. Despite being put on the agenda Tuesday, the bill was not taken up during committee and hasn’t been placed on the agenda since.

Summary: This bill allows the West Virginia Treasurer’s Office to publish a list of financial institutions that have publicly stated they are boycotting or not working with fossil fuel companies. It also allows the Treasurer’s Office to refuse to enter into a banking contract with any bank on the list. There are concerns that this bill might have a chilling effect on businesses who want to come to our state. We are working with other groups to try and amend or stop this bill, but it has the support of both the Treasurer and the Governor and is likely to pass. There were some updates added to the bill in House Banking, including requiring the state treasurer to notify any bank that is being placed on the list within 45 days before the list is published, and gives the bank 30 days to respond. Despite a few changes, this is still a bad bill that restricts free speech and punishes banks who no longer want to work with the polluting fossil fuel industry. We oppose this bill.

Summary: This bill establishes a new legal framework for which to operate class 6 underground injection wells in order to sequester carbon. The bill allows WVDEP to issue permits and regulate these underground injection sites and wells. The bill declares that sequestered carbon under permit isn’t pollution or a public nuisance. While we support efforts to reduce that amount of CO2 in the atmosphere, we have many concerns about this bill. This is a complicated issue that can be extremely costly. We are concerned that relying on injecting carbon underground diverts the focus of transitioning away from fossil fuel energy sources to more carbon-free renewables.

Summary: This bill does little to reduce CO2 emissions and also is a landowners’ rights issue. Read more in this Charleston Gazette-Mail article by Mike Tony. We oppose this bill.

Last Action: Passed House and referred to Senate Finance on 2/18/22

Summary: This bill intends to increase economic development by providing tax relief on rare earth elements for the next 5 years. While the concept of extracting REM is new to our state, we fully support the cleaning up of acid mine drainage to protect our lands and rivers from further pollution, which is a costly endeavor. We support this bill.

Last Action: Passed House and introduced in Senate on 2/11/22. Referred to Senate Energy, Industry and Mining

Summary: While there are many bills so far that are concerning and catering to fossil fuels, this bill presents an opportunity to regulate geothermal permitting in the state. The bill clarifies that the surface owners own the underground heat. This is a step forward for utilizing other energy resources in the state. We support the intent of this bill.

Last Action: Placed on the House Calendar on Feb. 15

Summary: This bill seeks to exempt wholesale generators from zoning ordinances. This would allow large scale energy projects to not have to follow local zoning codes. An exemption like this takes away protections in residential areas and has the power to change the landscape of communities. We’ve been working with a lot of folks to put a halt to this bill, which only made it out of the House Judiciary Committee by one vote last week. We oppose this bill.

Last Action: Introduced in the Senate on 2/9 and referred to the Economic Development Committee

Summary: We are concerned about this bill because of the toxic emissions that could be created from the incineration of multiple different plastics, as well as other pollution. We oppose this bill.

HB 3084 – Providing commercial discrimination of producers of coal, gas, oil, carbon-based energy, and other products in the State of West Virginia

Summary: This is the sister bill to HB4553. This bill defined a wholesale generator as  any electric generating facility powered in any manner (solar, wind, nuclear, etc.) As it relates to zoning, this bill seeks to exempt wholesale generators from any local zoning ordinances. We oppose this bill.

Last Action: Introduced and referred to House Finance Committee on 2/9/22

Last Action: Introduced and referred to House Banking and Insurance committee on 2/10/22

Last Action: Introduced and referred to House Energy and Manufacturing committee on 2/7/22

Summary: Delegate Hansen is the sponsor of this bill, explaining that this bill “creates jobs, saves people money on their electric bills and reduces greenhouse gas emissions.” We support this bill.

Summary: Securing more funding for the WV DEP’s Office of Oil and Gas is of great importance to us and our member groups, and we fully support this bill.  There is currently just one inspector per 7,000 wells. This bill would require an annual oversight fee of $100 for each well that would fund the DEP’s Office of Oil and Gas, with any excess to be used to plug orphaned wells. We support this bill.

Sponsored By: Del. Hanshaw (Mr. Speaker) [By Request of the Executive]

Last Action: Referred to House Energy and Manufacturing on 2/2

Sponsored By: Sen. Blair (Mr. President) and Baldwin [By Request of the Executive]

Summary: It is our understanding that these bills seek to transfer the duties and responsibilities of the Solid Waste Management Board to the DEP. This eliminates the independence of the board and its ability to assure proper and integrated solid waste management practices. Many solid waste authorities throughout the state look to the Solid Waste Management Board for guidance, support and grant assistance. We will keep you posted if these bills start to move. We oppose this bill.

Summary: This bill is designed to set up a mining mutual insurance company intended to provide: “An option for mining permit holders to obtain performance bond insurance that is available and affordable; and assure that reclamation will occur in a timely and predictable fashion in those instances where a permit holder fails to perform under the terms of the permit issued.”

We oppose this bill because it requires a $50 million surplus to begin its operations, and this is coming from tax-payer dollars. Our citizens should not be footing the bill for outrageous reclamation costs that coal mining companies have left behind. While we would like to see higher bonding rates for coal mining companies to cover all reclamation costs, we’re not in support of tax-payer funded bailouts for the coal industry. We oppose this bill.

There are two funds, the Special Reclamation Fund and Acid Mine Drainage Fund, which are currently funded through a bonding system program (per ton of coal is taxed at 29 cents per ton) and permit fees.

Before anyone treats the mine drainage, they need multiple permits. The treated and discharged water MUST meet the state’s Water Quality Standards, and the party who takes on this treatment is reliable for any violations. If someone wants to clean up their drainage and potentially profit from any rare earth elements/minerals that can be extracted, they (the former operator, mineral owner, etc) can come to the agency and apply for the permit. We support the intent of this bill.


As new bills are introduced, we will add them to this list, along with any updates or changes on the current bills. If you have any questions or concerns about any bills, please reach out to Hannah King (hking1275@gmail.com) or Lucia Valentine (luciavalentine10@gmail.com).

Thanks for Your Support During Our Virtual E-Day! 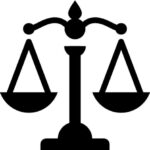 Save the Date: Virtual Legislative Update
Frontier Theme
Send this to a friend