The bill aims to raise criminal and civil penalties for trespassing, damage and tampering, and conspiring to peacefully protest near critical infrastructure. WVEC has sent several action alerts urging our members to call the House of Delegates members to oppose the bill. We requested a public hearing, and one was had on Monday, with 26 total speakers — 22 opposing the bill and only 3 industry representatives for the bill.

The West Virginia Sierra Club put out the following statement about HB4615:

“This bill seeks to shield wealthy fossil fuel corporations from criticism and protest,” the group said. “The corporate raiders this legislation would shield are the same ones who seize West Virginians’ land through eminent domain grabs, construct shoddy infrastructure destined to fail, and leave the taxpayers of our state with the hazardous mess and the economic ruin. Now they want to punish people who protest pipelines on their own land, and those who speak out about the harm done to their health, their families, or their future.”

“There are already laws protecting infrastructure in place, and these corporations already have all the cash they need to buy their free speech. This bill seeks to silence and punish those most harmed by the excesses of these corporations and the infrastructure they impose on our lands. We oppose this handout to the gas, oil, and coal industries at the expense of our rights. It’s bullying, it’s unconstitutional, and it’s un-American.” 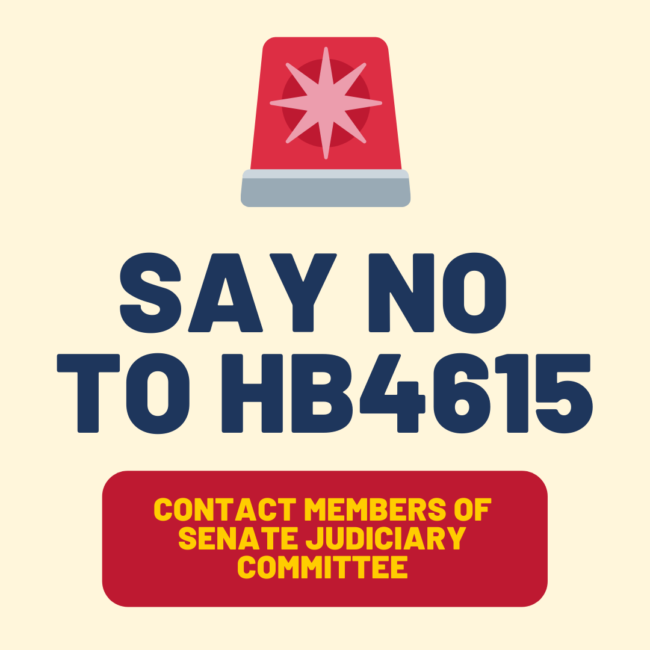