The Pro-Democracy, Anti-Corruption Platform is a set of common sense policy solutions that can help put our government on a path to solve problems that affect us all. This is not about Democrat vs. Republican; this is about fixing a broken system, and moving toward a government that’s more transparent, accountable, and responsive to the needs of ALL West Virginians.

Bills we support as part of the Pro-Democracy, Anti-Corruption Platform:

Protect and expand access to the polls, and increase voter participation

Nine of the top 10 states in turnout — those with turnout averaging 61 percent — offer same-day registration, full vote-by-mail (also known as “vote at home”), or both, according to a report by the nonprofit VOTE Foundation. By comparison, the bottom 10 states, which lack policies like these, had turnout averaging just over 43 percent, nearly 20 points lower.

Join WV Citizens for Clean Elections for our first ever Good Government Lobby Day in support of our Pro-Democracy, Anti-Corruption Platform. We will be participating in the 19th Amendment Centennial Celebration of the WV Ratification of the 19th Amendment at the State Capitol. It’s also President’s Day. If you have the day off, come lobby your legislators about common sense policy solutions that can move us toward a government that’s more transparent, accountable and responsive to the needs of ALL West Virginians. 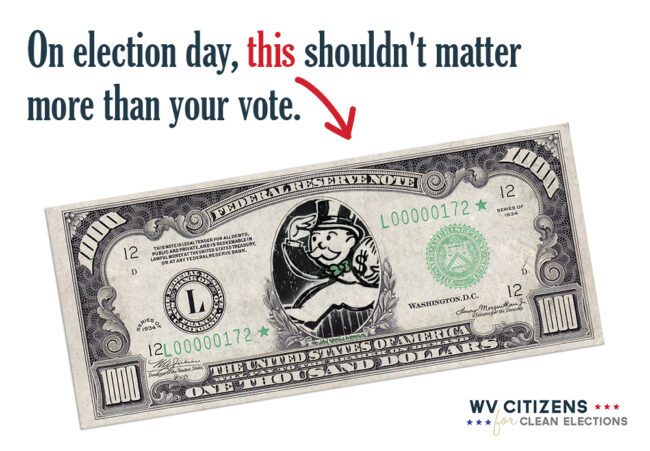