If you’ve been reading this blog, then you know that I often talk about getting more involved. The reason that I keep pounding on this is that I don’t think we can win victories that change the power in WV, win real improvements in the lives of people, and support the empowerment of individuals without grassroots power being exercised. That’s why I continue to talk about the importance of active participation in the process of policy making and politics. That’s why I want everyone to register to vote and then VOTE.

But I also don’t want to leave the impression that simply voting means you have fulfilled your obligation as an engaged citizen by simply going out once every election and marking a ballot. I believe that increasing the power of the grassroots is a journey. Voting is one step on that journey, but there are others. Going to the Statehouse and meeting with your Senators and Delegates is another step. Clicking on an action alert and sending a message is another. Signing petitions, being aware of what’s going on, educating your friends and neighbors, and attending forums are also very important steps. And there’s also the direct action step. Not everyone has to engage in all the steps, but everyone should do something. And everyone should be looking to stretch out beyond their own comfort zone and push themselves to take risks. That risk might look like losing friends, being arrested in an act of non-violent civil disobedience, or talking to that “crazy uncle” at the family dinner. Either way, we cannot simply be an observer of what’s going on. There must be an action taken.

For some months now, the “signature” on my email has included the Frederick Douglas quote, “Those who profess to favor freedom and yet renounce controversy are people who want crops without plowing the ground.” Folks, it’s past time we start plowing even deeper. I was reminded of that this week during a conversation with a young activist, who pointed out that we seem to be doing the “regular things that we all do.” He is not attacking those actions, but simply pointing out that it’s not working. No one has enough power to win the types of victories we need to make WV a better place. Not labor, not environmentalists, not anti-poverty groups, not women rights organizations, not gay rights groups….no progressive movement is winning in ways that we need to do. In fact, we are all getting our butts kicked. That’s not easy to admit, in particular if a group has had power in the past. But it’s reality.

So what is to be done? Well first, if you haven’t been doing anything, then start NOW. If you’ve done something, then continue to do the things you’ve been doing. But then stretch yourself; think creatively about how to do even more. Let’s grow a contingent of involved people who can hold office holders accountable.

Finally, I want to be clear here that this deeper plowing isn’t about changing the “ruling party” at the Statehouse. No doubt the current situation is damaging to us all. But I will remind you that it took the contamination of the water of 300,000 people to get the attention of the legislature in 2014 when it was controlled by the Democrats. Simply changing that control back will not solve our issues. In the end, our legislature… indeed all of our politicians… need to be accountable to the people who are active and ready to grow and exercise their power. 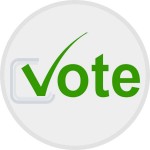