We have reached the 24th day of the legislative session. Thank you to everyone who has participated so far in our action alerts, public hearings and contacting legislators on their own. You are making an impact and we encourage you to keep it up!

I’ll start with HB 2598, the Aboveground Storage Tank (AST) Act, passed after the 2014 Freedom Industries leak.This bill further endangers the safety of our drinking water, as it would allow over 800 oil and gas tanks in Zones of Critical Concern (within 5 hours upstream of our drinking water intakes) to be exempted from the Act which requires them to be inspected once every 3 years by the DEP. The DEP does not support this bill and staff stated in Thursday’s House Health and Human Resources Committee meeting that the AST Act is a prevention program that is working. In addition, DEP staff testified that ⅔ of releases from all tanks in 2019 were within the Zones of Critical Concern. Yet legislators voted to exempt them.

These tanks contain harsh chemicals that are carcinogens and other toxins which, if unregulated and uninspected, could potentially leak into our drinking water intakes before anyone could stop it.

In Thursday’s House Health Committee meeting, Delegates Walker, Pushkin, Fleishchauer, Bates, Barach and Griffith all asked very important questions and voted in opposition of allowing oil & gas tanks to be exempted from regulation. Please extend a thank you to these folks who worked hard to stop this bill. The bill now heads to the full House.

As for the water quality standards rule, it has now been bundled under HB 2382…. On Monday, March 1st, a public hearing was held on this bill by Judiciary Chairman Capito. Most of the people who spoke at this hearing were in opposition of this bill, and only 5-6 spoke in support. Unfortunately, despite compelling arguments from participants in the hearing, this bill passed out of the Judiciary Committee in a rules bundle under HB 2382, an air quality standards rule. During the Committee meeting, an amendment was offered by Minority Chair Delegate Lovejoy, which would have kept the 13 human health criteria values that we currently have in law the same, instead of weakening them like the new bill does. It was a simple amendment that would’ve kept our standards more stringent, but it failed. We are very appreciative of Delegate Lovejoy for putting forth this amendment! Say a thank you to those who voted in favor of the amendment here.

Despite being reported out of Committee on March 3, this bill was recommitted back to the Committee again. We will be keeping a close eye on this and will keep you updated!

We are also concerned about SB 542 which, according to an Appalachian Power representative testifying before the Senate Energy, Industry and Mining Committee this week, would require power companies to possess a 90-day supply of coal, as opposed to the current 20-day supply. Essentially, this will require power plants to purchase equal amounts of coal as they did in 2019 despite market conditions. This could add on an estimated additional cost of $15 million a year, which will be paid by ratepayers, according to John Scalzo with AEP. The bill didn’t move out of committee yet, and lawmakers want stakeholders to meet soon to come up with a compromise. Read more about the bill here and read an article on the discussion by Mike Tony here. We will keep you posted on this as it moves forward. Be on the lookout for an action alert!

Let me know if you have further questions or comments, hking1275@gmail.com. 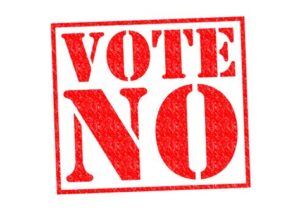 Update on Bills to Support

E-Day 2021 Agenda
Frontier Theme
Send this to a friend