The first originating bill put through House Finance yesterday morning reduced the severance tax on thermal or steam coal from 5% to 3% overall. Many delegates were concerned with the impact on counties.

The sneakiness of an originating bill ensures that no fiscal note can be prepared in advance of discussion or consideration in the committee. The Tax department estimated this severance tax will cost roughly $60-$70 million per year. This severance tax only applies to thermal or steam coal, not metallurgical coal. The breakdown of thermal coal v. met. coal in WV is approximately 60/40 of the 100 million tons we produce each year. As one delegate said “met builds buildings, steam keeps the lights on”.

Delegate Sponaugle asked why the #1 coal-producing state, Wyoming has a much higher 7.5% severance tax on coal, saying the tax cut will not help our state or the industry. The tax department repeatedly said cutting the severance tax would have very little effect on the creation or retention of jobs in the coal industry, however House Finance sent the bill to the floor with recommendation that it do pass. 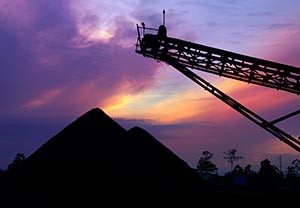 A Victory for Public Lands- and Something to Worry About.

Bills on our watch

E-Day comments
Frontier Theme
Send this to a friend