Remember that S.B. 625 provides that, when public water utilities involve the public in developing their source water protection plans, they are allowed to share information that is already in the public domain.  It passed the House on Thursday and is headed to the Governor; you can read more in a Gazette-Mail report here.

S.B. 691 makes a couple of important changes that are essential to the DEP’s ability to develop a state implementation plan under the EPA’s Clean Power Plan.  It passed the House on Thursday and now awaits the Governor’s signature.

H.B. 4053, the DEP rules bundle, was passed by Senate Judiciary on Tuesday, but not without an amendment from the IOGA and the Manufacturers’ Association that removed extra scrutiny for Level 1 aboveground storage tanks that we’d gotten amended in in the House.  The bill was passed by the Senate today (Friday); because it’s been changed, it must go back to the House for concurrence.

S.B. 619 is the “regulatory reform” bill.  House Judiciary amended out the requirement that an economic impact statement accompany each new or revised rule; but they also amended out the provision that would’ve required health impact studies.  The bill still provides that all rules will expire after five years.  It’s up for passage by the House today (Friday).

H.B. 4435 will allow utilities to obtain “expedited rate recovery” for upgrades to boilers (the normal practice is that such upgrades must be “used and useful” before the costs can be incorporated into electric rates paid by consumers). It would expand the types of costs that could be recovered, allow rate recovery with just an “application” (avoiding a lot of the evidentiary hearings and opportunities for ratepayers to challenge those costs), and allow utilities to recover costs for merely proposing an upgrade, even if nothing is ever actually built.  It passed the Senate this afternoon (Friday) and is headed to the Governor.  A Gazette-Mail report is here.

S.B. 601 removes from PSC regulation two types of recycling facilities: “materials recovery facilities and “mixed waste processing facilities.”  Local and regional solid waste authorities, which have invested public funds into facilities of their own, are concerned that passage of this bill will put them at a competitive disadvantage with the deregulated facilities.

The good news is that on Thursday, a floor amendment by Delegate Pushkin removed a provision that would have made it easier to site and build landfills that accept drilling waste.  The bill is up for passage by the House today (Friday).

The House declined to pass S.B. 705, which would have reduced severance taxes for the coal and gas industries; instead, the issue will be studied over the next year.  More in a Gazette-Mail report here.

S.B. 508 would have taken away Mountaineers’ freedom to file a nuisance lawsuit as long as the offender is not violating a permit or law.  We’re happy to report that the bill was never taken up by House Judiciary and is now deceased. 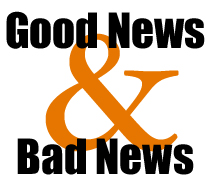