Here are a few comments on a few of the bills that have been introduced so far.  The first two are carry-overs from the 2015 session.

S.B. 96 would authorize local governments to adopt local energy effiency partnership (LEEP) programs, which are funding mechanisms to improve energy efficiency in commercial buildings. Bonds backed by savings on energy costs would pay for the efficiency upgrades, and the bonds would be repaid by commercial building owners on their tax assessments. Currently thirty states have similar programs in place, and Kentucky’s House of Representatives approved a bill to authorize such a program.

As you may have heard, LEEP is one of the WVEC’s top legislative priorities this year; we’ll be working on it with our ally, Energy Efficient West Virginia.  The bill has been referenced to the Energy, Industry and Mining Committee.

H.B. 2269 specifies that rules promulgated by state agencies may “be no more stringent than corresponding federal law or regulations.” This is just as bad an idea this year as it was last year. To read more, go here.

H.B. 4002 specifies that all rules promulgated by state agencies shall expire in five years unless a rule has been “continued, amended or repealed” within that five-year period. Hm, sounds like a nightmare . . . There will be a public hearing on this bill Monday, January 18 at 8:30 a.m. in the House chamber. 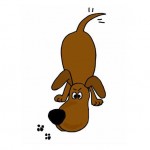