We’re hearing a lot these days about so-called “clean coal” technologies, one of which is a process for producing liquid fuel for use in motor vehicles. The fact is, however, that of all the things that can be done with coal, this is the worst—for a number of reasons.

First, the process that produces liquid fuel from coal is only about 50 percent efficient, meaning that, in order to obtain 1,000 BTUs of usable fuel, about 2,000 BTUs must be invested. This makes coal-to-liquids (CTL) a very wasteful use of coal.

Because this process is so energy-intensive, the volume of greenhouse gases (GHGs) emitted is more than twice those emitted in the production and use of gasoline and diesel. Advocates of CTL propose to capture and store the GHGs that result from the production process. However, carbon capture and storage (CCS) is relatively new and untried, and is not expected to be viable for at least ten years. Even if CCS is successful, the liquid fuel produced from coal releases more GHGs when it is burned than do either gasoline or diesel.

Advocates of coal-to-liquid argue that it will decrease our country’s demand for foreign oil, which accounts for about 60 percent of our supply. There are, however, several problems with this argument. First, the new federal Energy Independence and Security Act of 2007 mandates that by 2020, U.S. automobiles, SUVs and light trucks must average 35 mpg—an increase of 40 percent. This increase in fuel economy eliminates about 2/3 of our foreign oil demand.

Second, our largest foreign supplier of oil is not an unstable Middle Eastern country, but rather is Canada, with which the U.S. enjoys an excellent relationship.

A third problem with the “energy independence” argument is that CTL simply is not the best way to achieve this objective. The National Coal Council itself found that burning the same amount of coal to produce electricity to power plug-in hybrid cars would replace twice as much oil without generating nearly as much greenhouse gas. Plug-in hybrids are on the way; General Motors’ Volt is scheduled to be available in 2010. Other models may be available even sooner.

If West Virginia does get into the coal-to-liquids business, one result will be an increased demand for coal. This means more mountaintop removal, which West Virginians oppose by a margin of at least 2:1, according to polls.

The CTL process uses huge volumes of water, which is West Virginia’s most precious resource and one that will doubtless become even more precious in the future.

Finally, if producing liquid fuels from coal were a sound economic proposition, the private sector would already be doing it. In a world so threatened by climate change, investing taxpayer funds in any type of carbon-based energy is questionable at best. In the case of CTL, which is plagued with all the problems outlined above, it is ludicrous.

Permission for use is granted only when the column is used in its complete
and unabridged, unedited form. Any changes void permission to use. 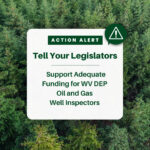