The 2020 regular session of the West Virginia Legislature is drawing to a close without action on solar Power Purchase Agreements (PPAs). After several false starts in the state Senate and House of Delegates, legislation supporting PPAs failed to materialize this year.

Solar United Neighbors and our partner, West Virginians for Energy Freedom, are preparing to fight again in 2021.

The big picture: A Power Purchase Agreement is a common and popular financing tool. PPAs allow a developer to build and own a solar array on a host customer’s property. The property owner purchases the generated electricity at a fixed rate — typically lower than what the local utility company charges — for a set time period, usually 15-25 years.

The solution: Lawmakers could pass legislation to clarify that PPA are legal in West Virginia.

Send an “I love My Solar” postcard

River Rally will be completely virtual in 2020 – register now! 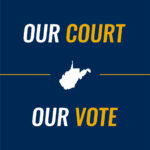 This Election is Vital! #GoVoteWV
Frontier Theme
Send this to a friend