The long awaited “Coal Bill” originated yesterday in Senate EIM. “Coal bill” is the colloquialism for the bill, usually originated in committee and pushed straight to the floor, that is written by the West Virginia Coal Association and encompasses all of their legislative goals for the year. The bill (SB 635) has received a number and can be read here.

There are three major parts of the bill:

We consulted with the West Virginia Association for Justice to make them aware of issues with the bill related to mine subsidence. Senator Lindsay made an amendment in committee to strike the new language, 22-3-14 (e), related to subsidence and keep the existing law. The amendment failed upon party lines.

The main environmental issue with the bill was the change related to the Above Ground Storage Tank Act. The language in place as the bill was drafted included a blanket exemption from the ASTA for the coal industry. We were able to work with the coal association and the committee chair to strike that from the introduced language. Instead, a subsection was added that instructs the WV DEP secretary to promulgate a rule for consideration by the 2020 Legislature to incorporate the relevant provisions of the ASTA in the Ground Water Protection Rules for Coal Mining (38 CSR 2F) for tanks and devices located at coal mining operations.

The bill will be on first reading before the full Senate on Monday. 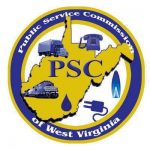 Shameless Appeal for Funds
Frontier Theme
Send this to a friend