“We’ve facilitated several solar co-ops in this region of West Virginia, where interest in solar continues to grow,” said Autumn Long, West Virginia program director for SUN. “We’re excited to be back and be working alongside a strong slate of local partner organizations, businesses, and elected officials. We look forward to educating more West Virginians about the benefits of solar and helping them go solar on their homes, businesses, and institutions.”

The co-op is free to join and open to homeowners and business owners in Fayette, Greenbrier, Nicholas, Raleigh, Summers, and southern Pocahontas counties. Together, co-op members will learn about solar energy and leverage their numbers to secure a bulk rate for their individual solar installations.

After a competitive bidding process facilitated by SUN, co-op members will select a single solar company to complete the installations. Joining the co-op does not obligate members to purchase solar. Instead, members will have the option to individually purchase panels based on the installer’s group rate.

SUN has hosted 22 solar co-ops in West Virginia since 2014. According to the group’s estimates, the 161 West Virginia homes and businesses that now have solar panels through its co-ops represent: 1.2 megawatts of solar power, $3.2 million invested in the local economy, and more than 42 million pounds of lifetime carbon offsets. 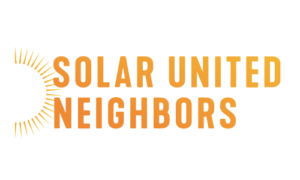 A Citizen’s Guide to Climate Change

A new book on the 2014 West Virginia drinking water crisis

New Member of Our WVEC Team