On Saturday and Sunday, October 3rd and 4th, a Solar Open House was held at our land trust on a ridge outside Spencer. Robin and Brenda Wilson showed visitors how grid-tied arrangements work, and Robin did a Powerpoint presentation to illustrate many points about solar power. Don Alexander and I have an off-grid system, a short walk away. Both use a yard-mounted array supported by pressure-treated wood, which Don designed and which has been copied by others—information on this can be found here. There is also a copy of the First Steps to Solar speech I gave each group, along with Robin’s Powerpoint presentation. We also talked about passive solar in our homes, and other sustainable living topics, concluding with a walk through our gardens for those interested.

Unfortunately, Saturday was a bit rainy; but we still had 35 to 40 people, thanks in part to publicity by the Sierra Club, OVEC and others. At the last minute we added a second session on Sunday, to which another ten people came. A good time was had by all, or so it seemed to me. Countless questions were answered, and likely several households brought to the threshold of arrangements to install solar. Plans are already in the works to do it again next year, probably at the home of a local doctor who has 24 panels on the same kind of wooden mounts. One point made bears repeating: the 30% federal tax credit for solar installations expires at the end of 2016 unless Congress renews it, so you might want to get it done by then to take advantage! 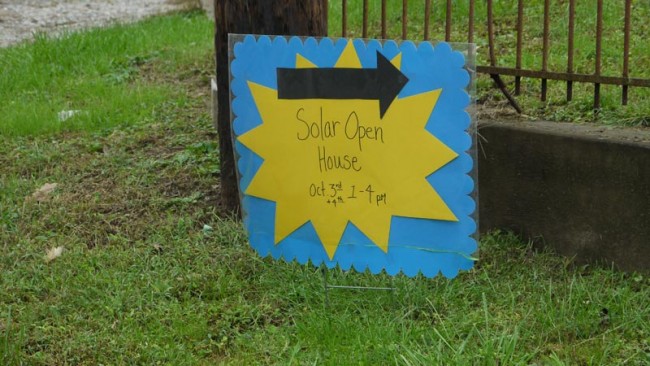 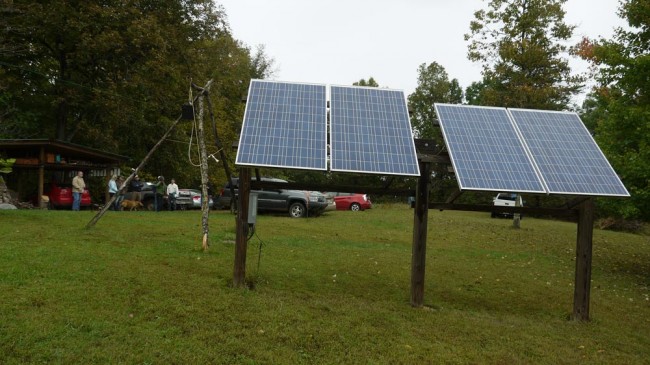 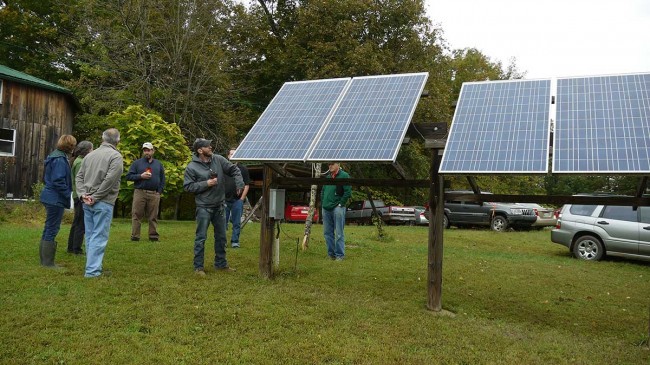 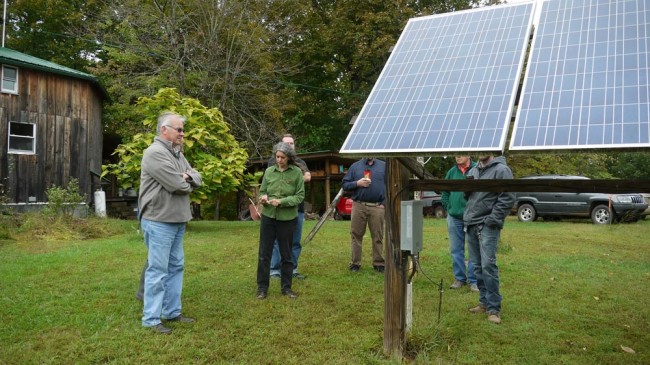 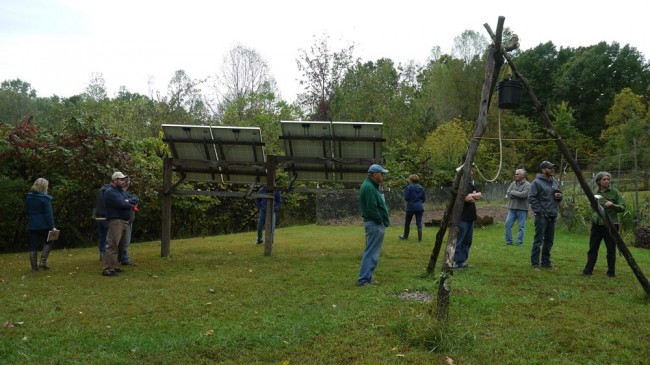 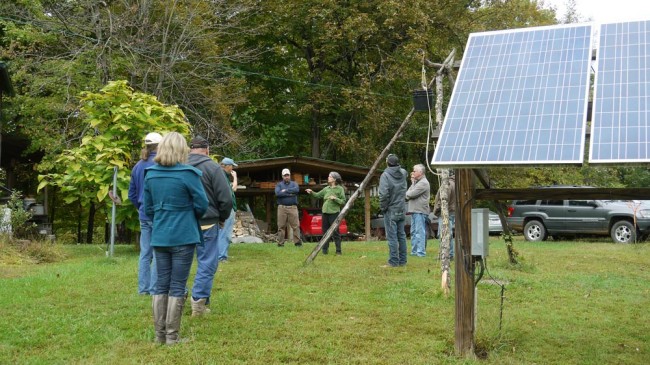 Round 1
Mary talking to the group B at our house 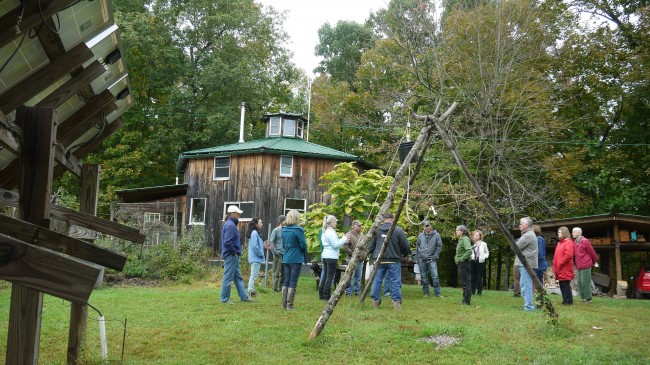 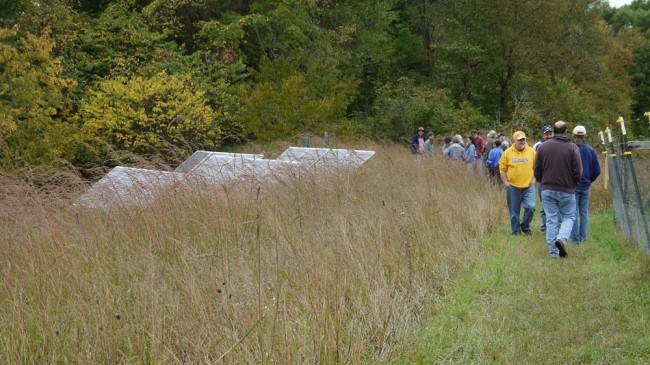 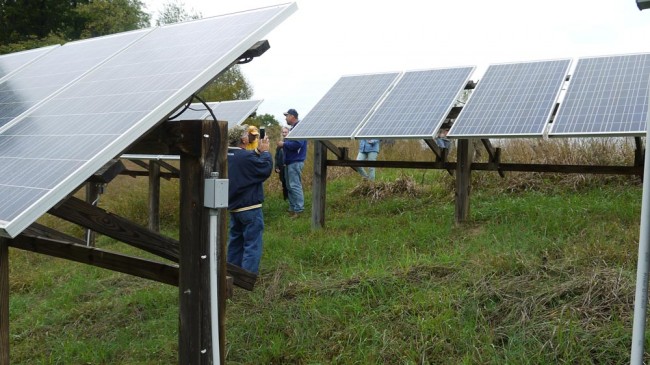 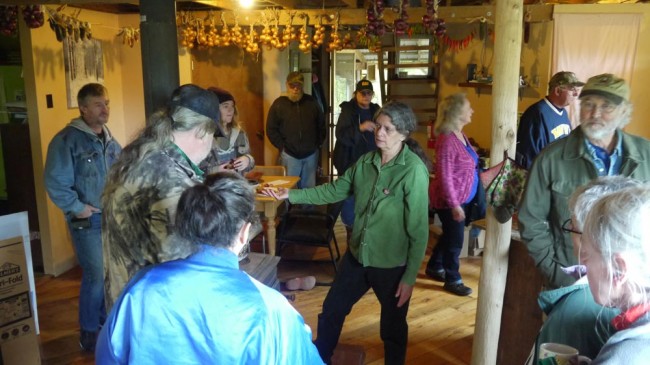 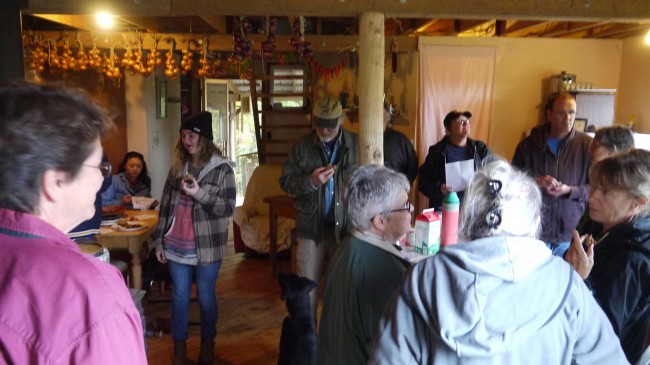 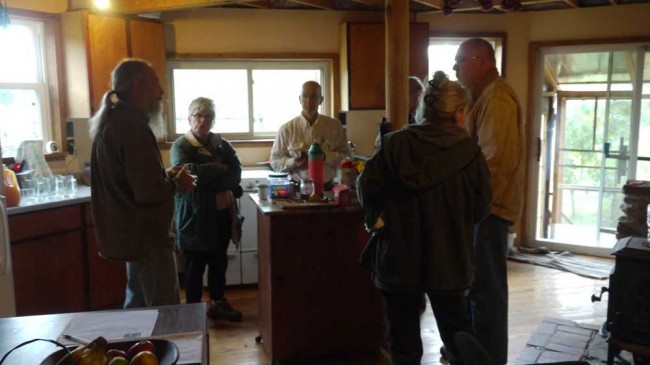 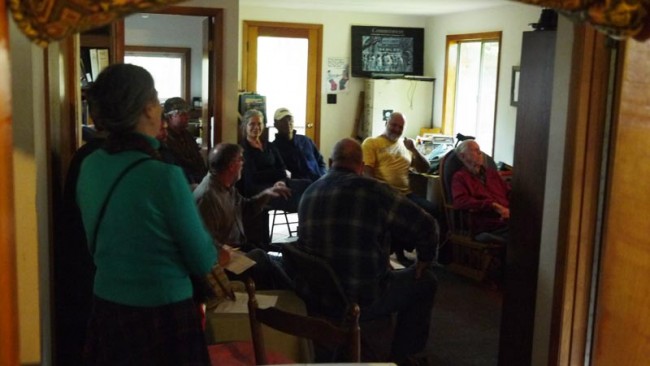 Robin's presentation
Robin had lots of information about grid-tie systems 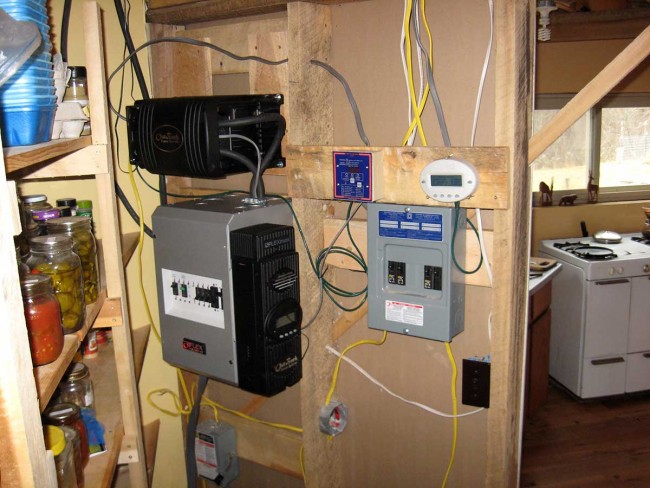 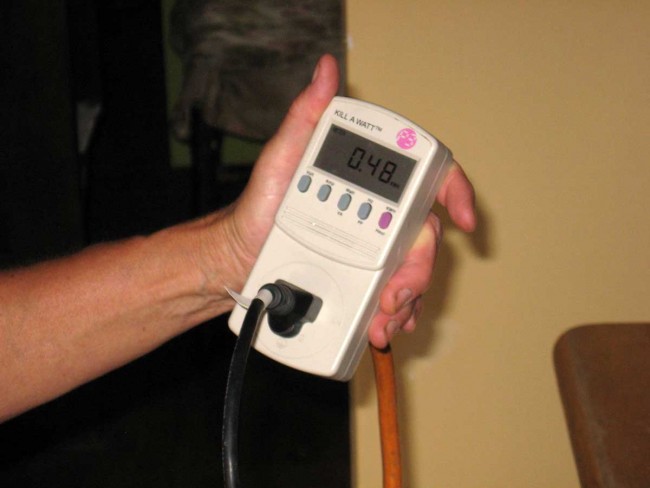 Using a Kill-a-Watt Meter
Checking power consumption on a dehydrator. It took about 4 kwh to dry a load of apple slices. We’ll be able to use the dehydrator if we use it on a sunny day (especially if the next day is also expected to be sunny).

Frontier Theme
Send this to a friend