Power Purchase Agreements (PPAs) are a widely available method to finance distributed energy generation projects such as rooftop solar panels or landfill bio-gas. These agreements are legal in at least 26 states, including Virginia, Ohio, Pennsylvania, Maryland, and Georgia, but are NOT available in West Virginia.

In short, a third-party developer installs, owns, and operates a distributed energy system on a customer’s property. The customer purchases the system’s electrical output at a fixed rate— generally lower than that of the local electric utility— for a predetermined time period, usually 15-25 years. Eligible energy resources include but are not limited to solar, wind, run-of-river hydropower, geothermal, biomass, natural gas, and combined heat/power (CHP).

Homeowners, businesses, farms, governments and municipalities, schools, churches, and non-profits would all be able to utilize PPAs. You can learn more about them by checking out West Virginians for Energy Freedom, a coalition backing smart legislation to make PPAs available in West Virginia!

Right now, there is draft legislation making its way through the halls of the Capitol. We are excited to have bipartisan support for bills in both houses and believe we will have reason to share the exciting news that the bills have been introduced next week! Stay tuned for more… 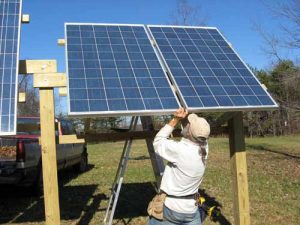