West Virginia has over 6,500 orphaned oil and gas wells.  An abandoned well is defined as one that has not been produced in 12 months. An orphaned well is one that no longer produces and the driller has gone out of business. With no operator, the expense and effort to plug them falls to the landowner or the taxpayers. The cost of plugging these wells is estimated around $125,000 but can depend on depth, age, condition and location. More information here.

The orphaned wells left behind by the oil and gas industry drive down property values because they often leak dangerous emissions, pollute groundwater, pose a threat to public health and contribute to climate change. One study showed that 53% of a sample of conventional wells were leaking nine cubic feet an hour. Plugging these wells would reduce the amount of methane emitted in West Virginia.

The Infrastructure Investment and Jobs Act passed by Congress in the Fall of 2021 includes historic funding allocated to West Virginia. The Department of the Interior has granted up to $142 million to West Virginia to “plug, remediate and reclaim orphaned oil and gas wells” across the state.

To fully address and take advantage of the funds granted to the State, the Legislature must pass legislation to prevent more wells from becoming orphaned in the first place.

Addressing the issue of preventing and plugging orphaned wells is a top priority for the West Virginia Environmental Council, the West Virginia Sierra Club, and other environmental and citizen groups across the state. HB 4054, the Orphan Well Prevention Act, introduced by Delegate Hansen, will likely be reintroduced in 2023. It would require drilling companies to put enough money away up front, to cover the cost of plugging their wells should they orphan them, and prevent taxpayers from footing the bill.

Your legislators need to hear from you!

What Can You Do? 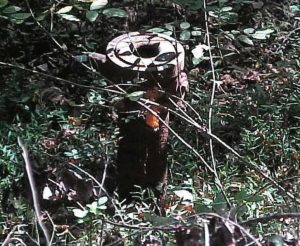