HB 4083 – Altering the definition of an above ground storage tank

This is the new House Bill altering the definition of an aboveground storage tank. This bill is a lot more concerning than last year’s bill, and we are still working on nailing down the details and changes within this bill. We will keep you posted as we know more, but be ready to contact your lawmakers!

This bill is a carbon copy of last year’s tank bill that we worked hard to kill after it passed the House and went to the Senate. The bill exempts aboveground storage tanks from regulation that are 210 barrels or less in zones of critical concern. Most of these tanks are oil and gas tanks (approximately 766), which may contain harmful chemicals that are toxic to human health. A zone of critical concern is an area 5 hours upstream of a drinking water intake.

This would deregulate around 800 tanks all across the state, mostly in the Ohio River Valley area.

There are three nuclear bills that have been introduced thus far, HB 2882, SB 4, and HB 4305. Two repeal the current nuclear ban in the law, and the other includes the repeal of the ban, but with a few other things. According to Delegate Evan Hansen, “Instead of a standalone repeal of the nuclear ban, HB 4305 repeals the nuclear ban in the context of repurposing coal-fired power plant sites when they’re finally closed. If a utility seeks approval to repurpose a coal-fired power plant site, the bill protects electric ratepayers by requiring the PSC to consider the long-term costs of a variety of types of generation on that site, including renewables. The bill also includes a method for utilities to refinance their debt on power plants that are closing, in order to save ratepayers money (called “securitization”).”

E-Council has not yet taken a position on any of the nuclear bills.

This bill is designed to set up a mining mutual insurance company intended to provide: “An option for mining permit holders to obtain performance bond insurance that is available and affordable; and assure that reclamation will occur in a timely and predictable fashion in those instances where a permit holder fails to perform under the terms of the permit issued.” However, this bill states that the WVDEP will have to transfer $50 million into the fund, but DEP’s Cabinet Secretary Ward stated during a Committee meeting that they do not have that money in their budget.

We oppose this bill because it requires a $50 million surplus to begin its operations, and this is coming from tax-payer dollars. Our citizens should not be footing the bill for outrageous reclamation costs that coal mining companies have left behind. While we would like to see higher bonding rates for coal mining companies to cover all reclamation costs, we’re not in support of tax-payer funded bailouts for the coal industry.

This bill allows the West Virginia Treasurer’s Office to publish a list of financial institutions in the state that have publicly stated they are boycotting or not working with fossil fuel companies. It also allows the Treasurer’s Office to refuse to enter into a banking contract with any bank on the list. There were some questions asked during the Senate Finance Committee if this bill was looking for a solution to a problem that has not happened, as State Treasurer Moore said there were no West Virginia banks currently stating a refusal to work with fossil fuel companies. There were also some concerns that this bill might have a chilling effect on businesses who want to come to our state.

HB 3084 – Providing commercial discrimination of producers of coal, gas, oil, carbon-based energy, and other products in the State of West Virginia

Securing more funding for the WV DEP’s Office of Oil and Gas is of great importance to us and our member groups, and we fully support this bill. The WVDEP gave their budget presentation to the Senate Committee on Finance this week, and due to a lack of funding, there is currently 1 inspector per 7,000 wells. This bill provides the funding by requiring an annual oversight fee of $100 for each well that is to be used for the functions of the Office of Oil and Gas with any excess to be used to plug orphaned wells.

One of the big issues lawmakers discussed during the fall and winter Legislative interim meetings was the extraction of rare earth minerals from treating acid mine drainage. This bill is to provide property tax relief to rare earth industries and creates valuation of certain rare earth business personal property. We will keep you updated as we learn more about this issue.

These two bills are the water quality standards rules that include 35 human health criteria updates, as well as a new paragraph that would allow industry to make changes to water quality standards and bypass legislative review. We’re concerned about this change as it creates a loophole for industry to weaken water quality standards without thorough review and scrutiny from the public and legislature. According to WV Rivers Coalition, this loophole creates a process for “the industry to petition the state agency for a site-specific human health criteria that would result in increased toxic discharges by a single petitioning facility”. This change gives the agency and the public a 45-day period to respond, instead of the longer, more thorough process set forth by the Clean Water Act.

As new bills are introduced, we will be adding them to this list, along with any updates or changes on current bills. If you have any questions or concerns about any legislation, please reach out to Hannah King (hking1275@gmail.com) or Lucia Valentine (luciavalentine10@gmail.com). 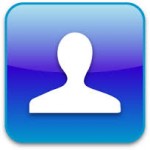 How to Stay Involved!
Frontier Theme
Send this to a friend