The WV Environmental Council (E-Council) is the lobbying group for the greater community of both large and small West Virginia environmental organizations. Most of WV E-Council’s budget comes from its member groups’ financial support. Accordingly, at its annual fall conference this past October the E-Council developed its legislative lobbying priorities for 2016.

WV E-Council’s listing of priorities includes more than a dozen matters of legislative concern, and which include three (3) priority concerns which are (a) better siting rules for certain Exempt Wholesale Generators (EWGs) electrical power facilities (b) the Local Energy Efficiency Partnership ACT, and (c) requiring Bureau of Public Health impact assessments to new, or modification to, existing air and water quality rules proposed by the Secretary of the Department of Environmental Protection.

One of the WV E-council’s legislative priorities for the 2016 session is the Local Energy Efficiency Partnership (LEEP) Act, which allows funding mechanisms to improve energy efficiency in commercial buildings. Bonds backed by savings on energy costs would pay for the efficiency upgrades, and the bonds are repaid by commercial building owners on their tax assessments. Currently about 30 states have similar programs in place.

In the 2015 WV legislative session the LEEP Act was introduced as S.B. 520, sponsored by Senators Blair, Miller, Snyder and Woelfel; and H.B. 2945, sponsored by Delegates Hanshaw, Canterbury, Ashley, Fleischauer, Cooper, Walters, Ambler, D. Evans, Guthrie, Manchin and Skinner.  The bills died in committee, however, having been introduced relatively late in the session. This year, WVEC and its partners at Energy Efficient West Virginia (http://www.eewv.org/leep) plan to have the bill introduced early, again with bipartisan and bicameral sponsorship.

LEEP loans would be somewhat on the model of certain kinds of economic development loans.

Local Energy Efficiency Partnerships (LEEP) would be sponsored by local government- usually at a county or city level.

Financing would be available for all types of commercial and industrial properties, large and small, and may be available to non-profits and government facilities. Financing would be simple, but WV-LEEP projects must demonstrate that they will save money for the property owner.  Energy audits, benchmarking and evaluation can be used to ensure that projects make economic sense.

WV LEEP would be 100% voluntary. In communities that adopt WV-LEEP sponsorship, assess­ments would be paid only by participating owners, and only for their own projects, not by public tax monies. Programs would be locally based and tailored to meet local market needs.

WV-LEEP financing has many features that can uniquely solve barriers to the adoption of energy efficiency measures. 100% financing requires no up-front cash investment.

Long-term financing (up to 20 years) results in immediate positive cash flow. No payoff upon sale would accrue because WV-LEEP assessments (and energy savings) remain with the property.

Assessment costs and savings can be shared with tenants. WV-LEEP can attract a wide range of private investors with low interest rates. WV-LEEP may be treated as off balance sheet financing, and with non-recourse, non-accelerating financing.

WV-LEEP programs would be managed locally, and designed such that community members are motivated to engage in outreach and marketing efforts.

EWGs are Exempt Wholesale Generators. EWGs are exempt from the more strict regulations relating to retail utility company owned and operated “base load” power plants. In West Virginia and other regulated retail electricity market states the base load plants are required to meet certain standards of “public convenience and necessity” before being permitted by the WV Public Service Commission (PSC).

But in recent years, as several states have either partly or mostly deregulated their retail electricity markets, there have appeared dozens of speculative investor owned power generating facilities (power plants) to produce electricity for the unregulated electricity markets. Speculative investor owned facilities are usually not owned by established retail power companies such as Appalachian Power Company (APCO) or Monongahela Power Company. APCO and Mon Power generating facilities operate under a system of rates (called tariffs) which virtually guarantee the plant owners a certain rate of return on their investment in the facilities. In West Virginia the “captive” consumers pay a set rate that’s approved by the PSC, based on the power companies’ cost of providing electricity.

But EWG facilities sell their power on the unregulated “wholesale” electricity markets in partially or totally unregulated states. Proposed EWG facilities need not establish any particular need for the electricity they would generate, nor demonstrate that they serve any even general public purpose. In West Virginia all that is needed for the WV PSC to issue a “siting certificate” for such otherwise unregulated facilities is for the applicant to provide a certain level of information for the PSC’s consideration. Under the current weak siting regulations, PSC approval of EWG projects is almost always predictably certain.

EWG facilities can be fueled by gas (such as the Big Sandy Peaker Plant in Wayne County) or by coal (such as the Longview Power Plant near Morgantown, and sometimes by hydro power. But in West Virginia EWG facilities consist mostly of miles and miles of wind turbines on mountain ridges. These “wind farm” projects are usually more controversial because of their location in highly visible and usually scenic places and allegations of nuisance noise emanating from the facilities, among other complaints.

The bill also requires that the findings in the health impact statement be incorporated into the proposed rule.   This legislation is designed to have the effect of incorporating scientifically derived conclusions about the actual health effects of proposed air quality and water quality rules. In recent decades State of West Virginia air and water quality rules have typically been promulgated in a politically charged DEP agency atmosphere, with but cursory or no input from state agencies whose charge and actions are more scientifically driven.

Other Issues of Lesser Priority:

Still other issues that are coming but which WV E-Council is not leading the charge include: 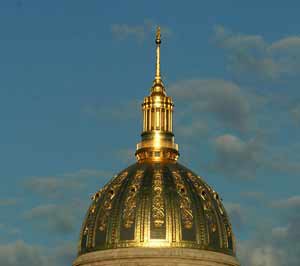