In the movie “Kill Bill” the lead blonde character is called, ‘The Bride”. She is played by actor Uma Thurman.  The Bride was a member of the Deadly Viper Assassination Squad. The Bride decides to get out of the assassin profession but is quickly reminded that once you TRY to get out of the DVAS you can’t ! Perhaps as it is in the world of assassins it is in lobbying, once you get in politics you can’t get out —  nobody leaves the squad.

The Bride reminds me of Karan Ireland during this legislative Session. I watched Karan fight viciously for our collective morals and interests by aligning her skill and strategy to amend the wrongs of “Bill”. I also watched Karan with mixed emotions withdrawal from her campaign as an incumbent Charleston City Council Member knowing that her political days are far from over — nobody leaves the squad.

The Bride is in battle with other members of the Deadly Viper Assassination Squad and one such enemy of The Bride is the brunette co-star Copperhead played by Vivica A. Fox. I’d  like to imagine that I’m Copperhead, she like me is brown and she’s a force. However, in my imagination The Bride and Copperhead are a united front not enemies. However I’d like to remind my 2018 co-lobbyist that — nobody leaves the squad.

Perhaps I’m stretching, but whatever Superhero or fictional assassin you have to create to stay motivated  be that Captain Planet or Copperhead – I say do it! The Legislature and powers that be in West Virginia require you to find your creativity and a togetherness.

The 2018 Legislative session was historical with the wildcat Teacher and Public employee strike, not to mention the wave of public outcry by the SOS campaigns. I believe the SOS was kindling to that collective voice of the peoples fire this session. We can’t let the fire die it must endure — nobody leaves the squad.

Thank you for letting me be a part of the momentum and I look forward to finishing the business of building a progressive and prosperous West Virginia with you.

SB 270 – Authorizing DNR implement silvicultural management for state park lands. I learned a new word, silviculture: the growing and cultivation of trees. This bill tried to authorize the DNR a way to implement “silvicultural management” for state park lands. This bill would have allowed commercial logging in State Parks and was known as “The Parks Bill”. The bill was killed before it made out of committee.

HB 4154 – The Regulatory Reform Act of 2018 was a bill intended to influence the permitting process. This bill was killed in committee.

SB 410 – Appointment of Industry Advocate at DEP and HB 2909 attempted to create the abolishment of Environmental Advocate at DEP.  This bill was killed in committee.

SB 600 – In a victory for residential electric customers across West Virginia, this bill, which would have allowed industrial energy users and manufacturers to negotiate discounted rates at the expense of other ratepayers, was rejected on the Senate floor

Note the definition of the suffix: ish

SB 290 – This bill was related to DEP standards of water quality and effluent limitations. Note effluent means: liquid waste or sewage discharged into a river or the sea. This bill made changes to water pollution limits and eliminated benchmarks used to determine that best management practices were being used in treating effluent.  E council and other stakeholders will be a part of the rle making process around the benchmarks SB290 is trying to influence.

SB 626 – Relating generally to coal mining known as the “Coal Bill”.  This bill was generated in committee, the Senate EIM committee to be exact. SB 262  was a lesson in how and why lobbyists are valuable in the Capitol. This bill attempted to weaken the public notification  process for surface mine permits allowing for online notice only. However this bill was amended on the House side and restored the language for  public notice by publication or newspapers.

Ezekiel 33:6 ‘But if the watchman sees the sword coming and does not blow the trumpet and the people are not warned, and a sword comes and takes a person from them, he is taken away in his iniquity; but his blood I will require from the watchman’s hand.’

HB 4268 – Cotenancy Modernization and Majority Protection Act  or forced  pooling- lite or the Lissa Lucas Bill as we like to call it passed out of both houses and was signed into law by the Governor. This bill allows allows a majority of co-tenants in a would-be unit to negotiate a deal with oil and gas developers and forces the minority to accept that same deal. The bill was amended to provide some additional protections for surface owners.

SB 438 – This bill authorizes the issuance of bonds to fund construction, improvements, and maintenance via West Virginia Lottery profits.  I feel lucky! 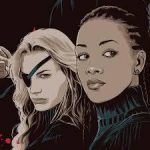 KILL BILL: Legislative Wrap Up
Frontier Theme
Send this to a friend