In Judiciary, Senator Rucker touted this as a study for recreation opportunities. Senator Hamilton questioned these motives. “If this is just a study, why are they setting up a fund? Hamilton asked. It passed out of Judiciary with objections to the intent of the bill from both sides of the aisle.

On 2nd reading, Senators Beach and Hardesty offered an amendment to gut the entire second half of the bill. Both senators gave floor speeches in opposition to full sized off-road vehicles including the potential for an increase in poaching, trash, and the interrupting the sanctity of nature. Senator Beach described hiking as the number one type of recreation in West Virginia. This amendment passed with an 18-15 vote, the only thing left in the bill is directing the DOH to map roads. Senator Beach also made the motion to strike the bill’s title and give it a new, so it cannot be amended to include off-road vehicle recreation again. 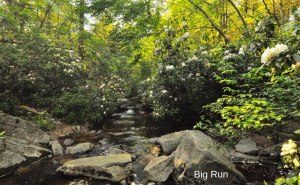 Senator Beach moves in for the kill

Heading into Week 8, An update on our Bills