Charleston, WV – The West Virginia Legislature has declared an all-out war on water. Lawmakers have already passed both HB 2506 and HB 2811, bills that weaken protections on streams and rivers which are sources for much of our drinking water. SB 687 is now poised to pass in the House of Delegates.

HB 2506 will allow more cancer-causing toxins to be dumped into our water supply, and has been presented to the Governor for his signature. The West Virginia Environmental Council delivered a petition signed by concerned citizens from across the state asking the Governor to veto this dangerous piece of legislation.

HB 2811 further weakens the protections of the Aboveground Storage Tank Act (ASTA) by exempting tanks holding fluids produced by the fossil fuel industry. Although we were able to retain the registry aspect for these tanks, HB 2811 still exempts nearly 2,300 oil and gas tanks from regulation under the ASTA.

We need to stand strong in our opposition to this misguided idea that a thriving energy industry in West Virginia necessitates environmental destruction. We must find common ground that does not endanger the public’s health and irrevocably damage our state’s greatest natural resource, its abundant water supply.

Send a letter to your delegates ask them to respect science and protect stream health by rejecting changes to water quality standards in SB 687!

Representatives of several member organizations will be on hand to make statements. 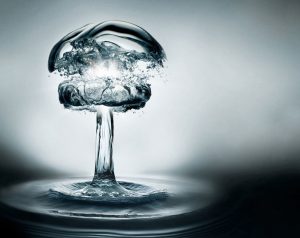 Action Alerts  May 17, 2022
Save the Date! 2022 Environmental Summit, September 24 and 25 in Morgantown
Frontier Theme
Send this to a friend