Day two of the 2017 WV legislative session and the Governor and the Legislature have declared war against West Virginia’s environmental protection regulations and pledged allegiance to outside industry in the name of dollars and cents. Fear, name calling, and insidious attacks against West Virginia’s working class must not be tolerated!

“We’re not going to break the law. We’re not going to do anything to damage the environment to the best of our abilities,” said Governor Justice during last night’s State of the State address while also giving the green light to the DEP to say yes to whatever industry demands. “No matter what the request may be, I think the first words out of their mouths should be we’re going to try with all in us to do what you want to do. So many times our regulatory agencies absolutely, no matter what on earth we try to do, they’re there to tell you ‘no,’” the governor said. “They’re not there to tell us ‘no.’ ”

The Governor’s false promises of an economic boom for the coal industry through less regulation and fear mongering must be met with truth and steady opposition, and we need your help to fight!

We cannot allow the Governor or the Legislature to further poison our water systems and the air we breathe by weakening the business friendly regulatory standards already in place. Join us in saying NO by attending E-Day at the Capitol on Monday, February 27th, and celebrate our environmental champions at the Awards Dinner that evening at the Woman’s Club of Charleston!

Together, we can stand strong! 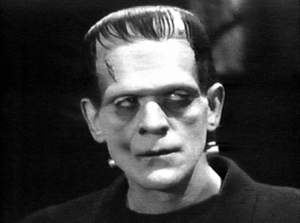